On a cloudy, not-too-windy morning, I strolled through my front garden, stopping to admire one of my Globe Mallow, Sphaeralcea ambigua, shrubs. Its soft silver-green ruffly foliage, paired with the stunning dreamsicle orange blooms melts my gardener’s heart.

Out of the corner of my eye, I glimpsed a streak of movement, though it took a minute or so for me to see it again, catching sight once the flash landed. It was a zippy thing, this flash, not lingering on any surface–until it did. The mystery critter proved to be a Green Sweat Bee, Halictidae, and was all in with the luscious mallow blooms.

I was pleased to see this bee at the mallow, though not surprised: this plant attracts a wide variety of pollinators. I now have enough areas of full sun for this gorgeous native North American plant to grow it in several areas of my garden.

Recently, after a spate of warmer temperatures and before the onslaught of a dry cold front, I was out in my back garden playing catch-up with some of my garden’s needed tasks.  My main goal was to clean and refill the bird baths, which I had recently neglected.   Sheesh, they were nastier than I would have suspected, it being January and cool-ish.

As I started to scrub-a-dub-dub the one concrete bath in the garden (which is a bird favorite) I noticed a small, metallic sweat bee in the bowl, crawling just along the water line, upwards, in search of dry concrete.   I’m confident that the bee is a member of the Halictidae family of bees, but was surprised to see him in mid-January.  While my honeybees are active throughout winter on the warmer, sunnier days, the native bees are scarce, with the exception of the Blue orchard bees, which don’t emerge until February.  This little fella sported a shiny blue-green coat and was smaller than the Blue orchards, so I’m sure it was one of the gorgeous sweat bees common during the growing season.

I’m glad I chose that particular time to clean out the bird baths.

I let him crawl on my hand, eventually transferring the cold, wee, wet bee to a blowsy leaf of Drummond’s wild ruellia. 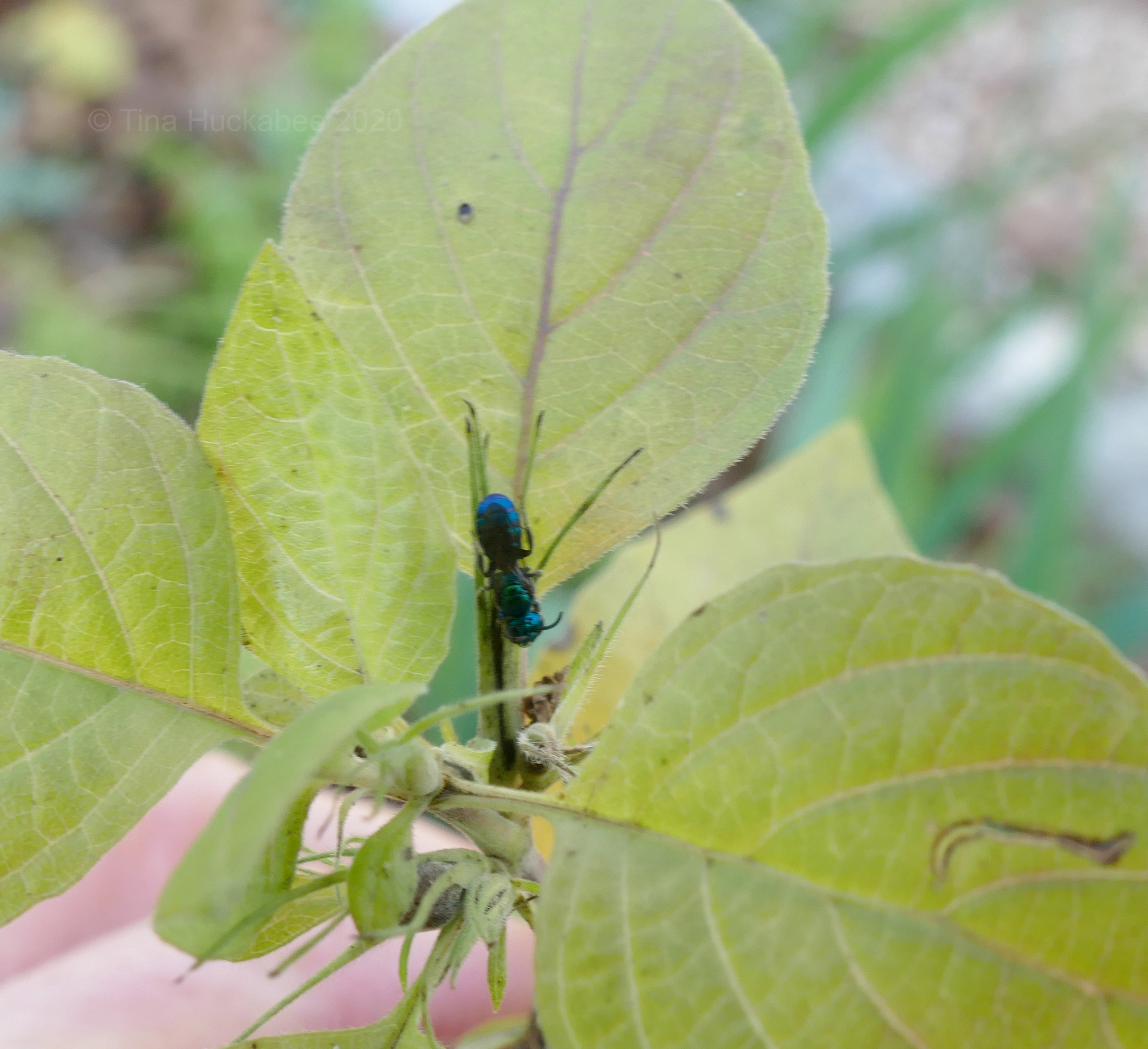 He immediately crawled down into the center of the shrub, latched and snuggled onto empty sepals. 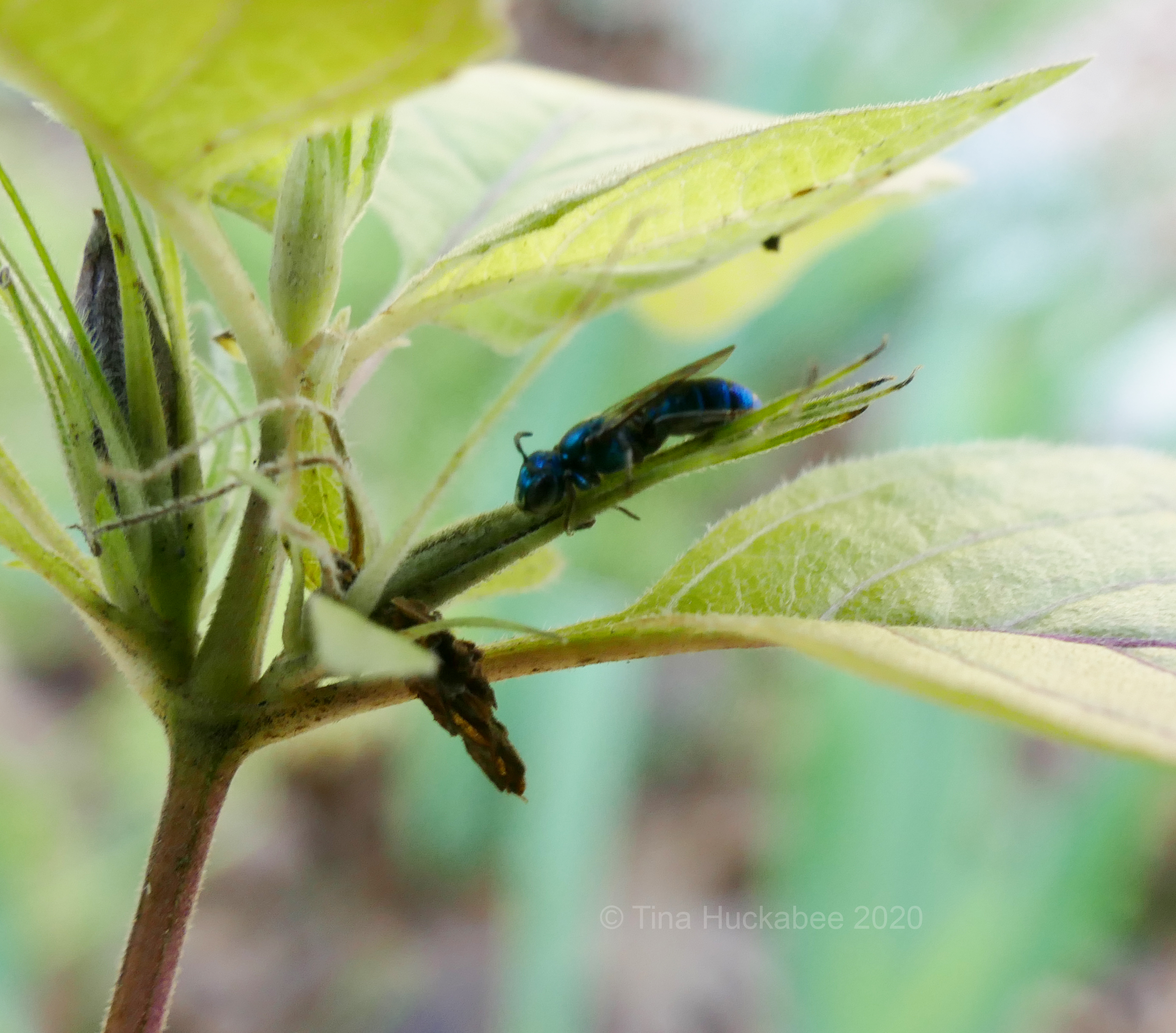 I watched the bee for a bit, thinking he would move somewhere else, but he didn’t; I moved on to my next chore. Several times as the afternoon proceeded, I popped by to check on the bee, but he never moved from his napping spot.   I think after his brush with drowning, he was exhausted.

I remembered the bee in late morning of the following day and there he was, snoozing away.   By afternoon though, the bee was gone, presumably having moved along, by wings or legs, I don’t know.   I didn’t see him again. 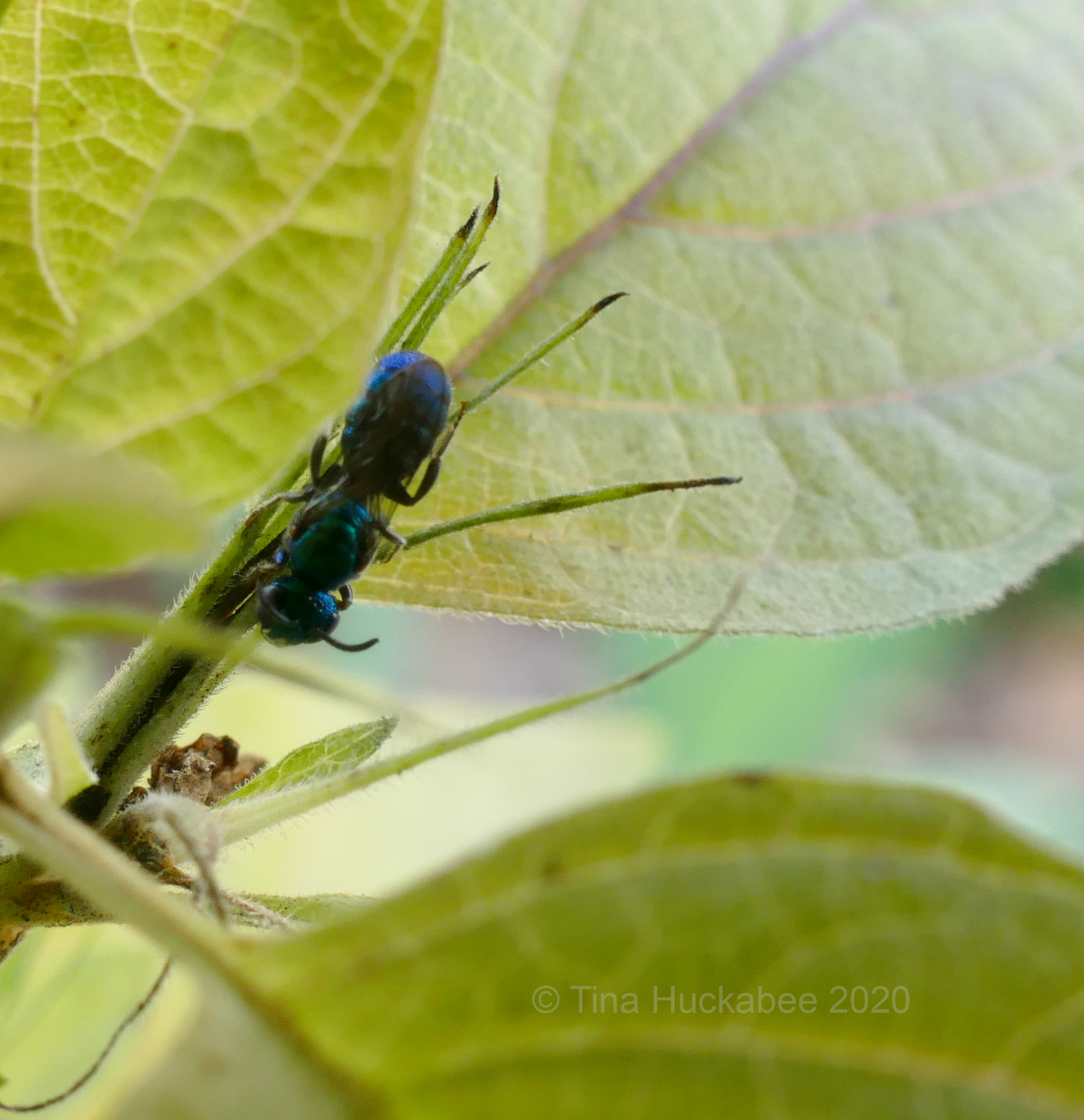 Sweat bees are ground nesters, so I wonder:  did this guy crawl under some decaying garden detritus until spring light and warmth awakes him to feeding and mating?  Or, was his life toward its end, rescue from the bird bath notwithstanding?

Either way, there will be more of his kind soon enough and the flowers in my garden will be ready. 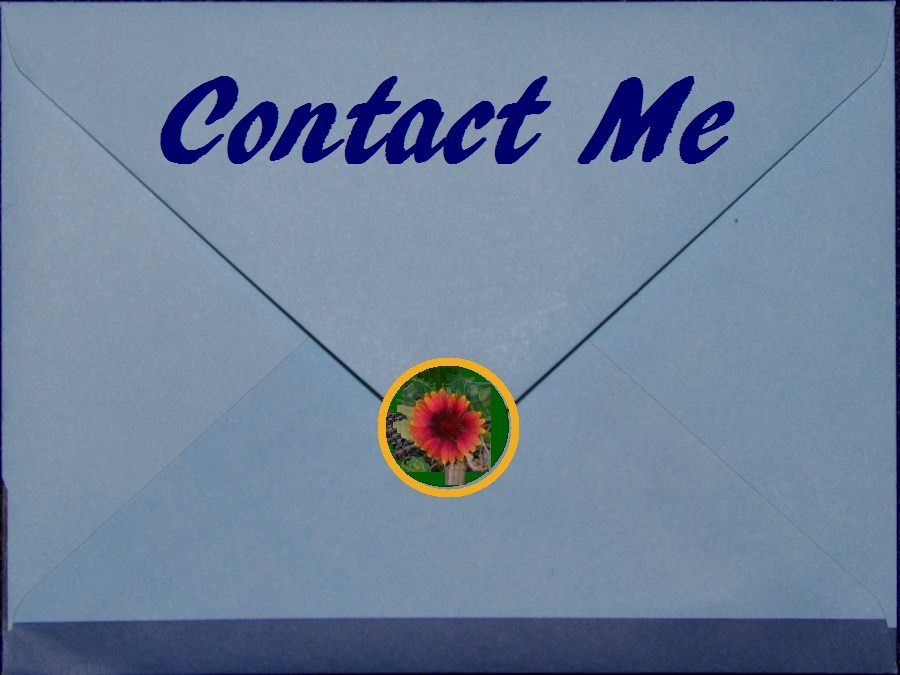