So this is where the goldfish went: 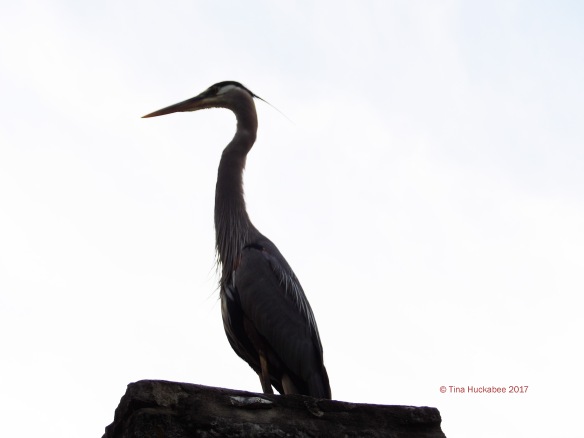 Against the early morning sky, the heron is regal.

I knew there was a Great Blue Heron,  Ardea herodias, fishing at our pond as a neighbor alerted me weeks ago that she’d spotted it on the roof of my house early one morning.  Indeed, that same morning, one landed, practically on top of my head, though fortunately the patio cover was between my head and the heron.  I spooked him with my excitement and after that morning, over time, the four remaining goldfish disappeared from the pond, though no human in this house witnessed  a hunting heron.

Intent upon his goal: the pond and its fishy gifts.

There are gambusia, native mosquito fish, in the pond and they’re valuable assets for that ecosystem, but I like having a few goldfish in the pond because, well, they’re pretty.  But this guy or gal has other ideas. 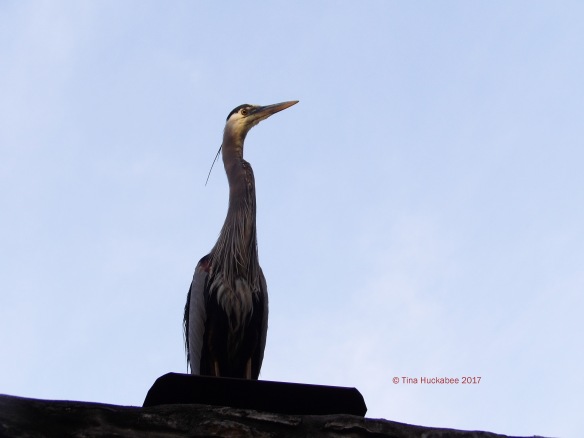 This morning he landed when the cats and I were making our morning rounds in the garden.

I scooped up the cats, made my way indoors and waited for him to act.  He sat on the top of the chimney for about 15 minutes and then, slowly and cautiously, made his way to the pond. 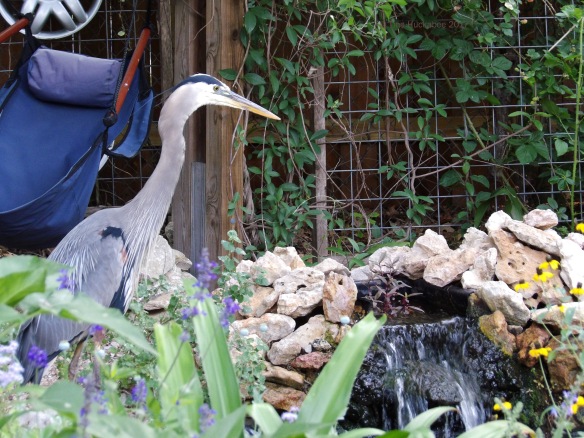 No goldfish, buddy, but plenty of little gambusia. 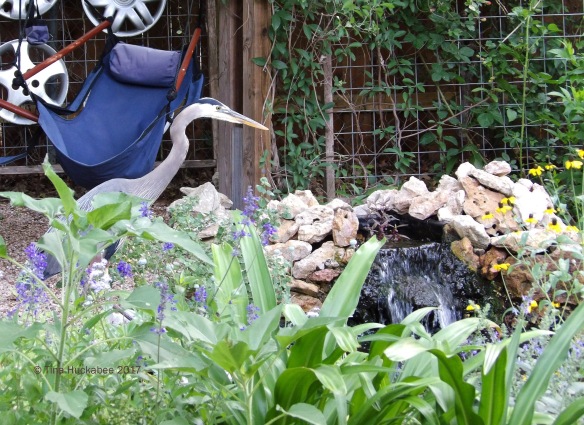 Before he could complete his fishing expedition, he was frightened by a noise and loped off, spreading those wings wide.

The poor little fish are always vulnerable to heron hunting after I separate the pond lilies.  This year, I’ve waited weeks for one of the lilies to return and send up its pads, but that hasn’t happened.  I realized that the lily died (no clue why) and just this past weekend, purchased another.  Soon, the lily pads will cover most of the water surface, keeping the water temperature cool and acting as a cover for the fish.  But until then, the Great Blue will be back for more easy pickings from “his” pond.

29 thoughts on “Goldfish: Breakfast of Champions”