Grrr.  I’m not happy about my honeybees ending up in this bird’s tummy, 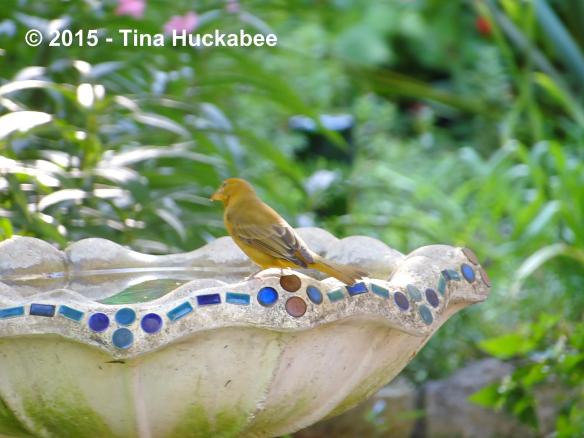 …but she and her offspring(?) or BFF, are fun to watch as they hunt for  buzzy meals and sip from the baths.

Summer Tanagers,  Piranga rubra, have returned to my garden in search of honeybees for their main course and  wasps and native bees à la carte, since those insects are also on the Tanager menu.  I wrote about the visits from  a male, female, and immature male Summer Tanager last May. That crew hung around snatching bees for a couple of weeks.  I didn’t spot any Tanager action during the summer months, though they breed in this area. However, this past weekend I saw two females bee-hunting in my back garden.  I imagine the two golden beauties are fueling up for their migration to Mexico and South America.

I observed as one of them flew to the landing board of my beehive Scar, plucked a bee from its hive, then rested on a branch of the overhanging Shumard Oak.  She proceeded to bang the bee on the branch, quickly dispensing it down her gullet when it was sufficiently dead and stinger-less. Another time, one perched on a different branch of the same tree looking rapidly this way and that, as bees buzzed past her on their foraging way.  So many bees, so little time!  The bees were completely oblivious of the danger posed by the observant, seasoned, and accurate bee hunter. I’m bummed that the Tanagers eat my bee girls and would certainly be glad to offer them a peanut butter and honey sandwich instead, but I don’t think that would go over too well.

This one hopped along a pathway, looking for…I’m not sure what.  Bees crawling on the ground?  Maybe she was eyeballing the big, weird critter in front of her on the pathway, perched on the pink chair–the one with the black eye in front of her face. 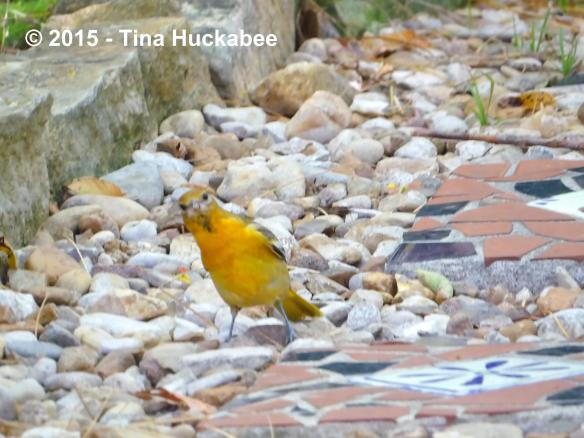 Okay, maybe that critter isn’t a concern, after all. On to hunting bees! 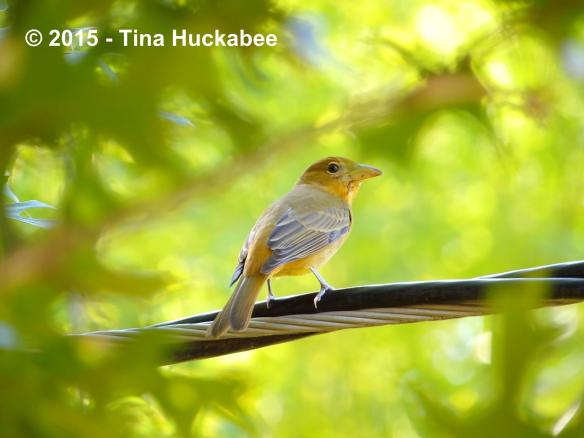 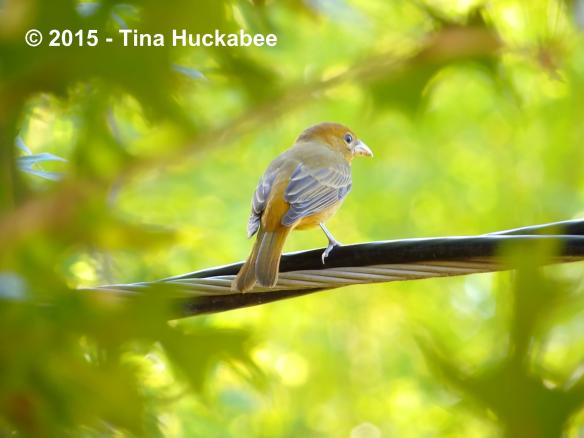 Tank  up, Tanagers.  You have a long flight ahead of you.

31 thoughts on “Bee Hunters Are Back”