A little morning blooming, too.

My white and pink Four O’Clock, Mirabilis jalapa, are joyously flowering this spring. These are passalong plants from gardening buddy, TexasDeb, who blogs at the most excellent austin agrodolce.

For years I’ve coveted Four O’Clocks, also known as Marvel of Peru, for my gardens. I don’t know why it’s taken me so long to snag some, but they’re merrily floriferous in my garden now. 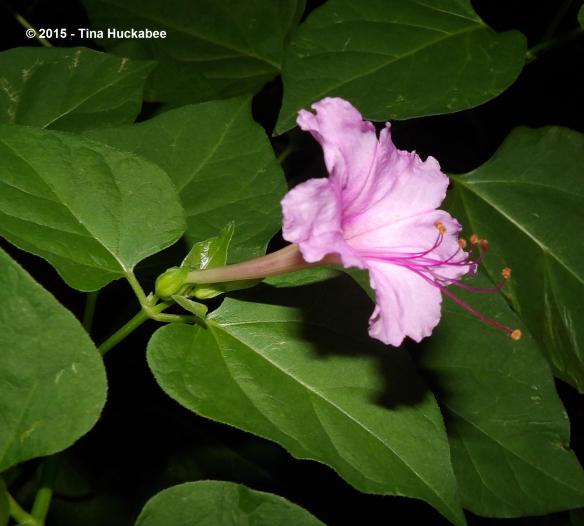 They are called “Four O’Clocks” because single blooms open in late afternoon, bloom all night and into the morning hours, then close, ready to set seed. 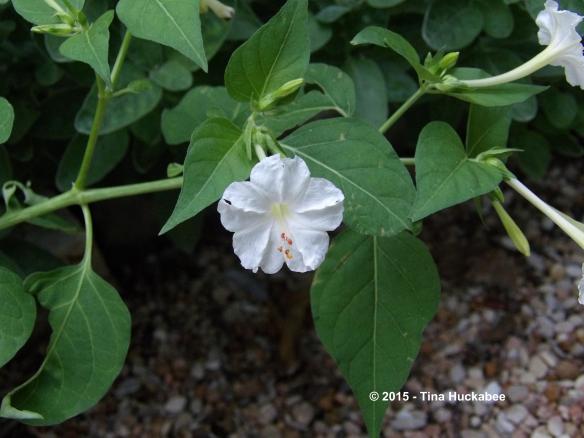 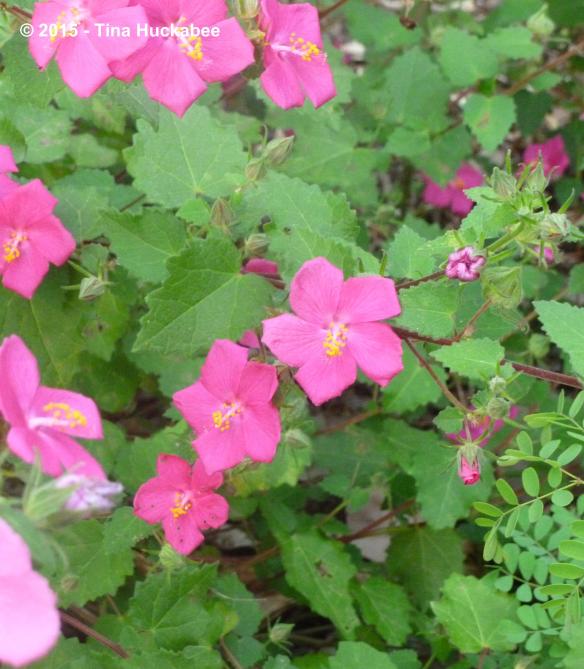 Pavonia flowers open early in the morning and close with the heat of the afternoon, especially during summer.  Four O’Clocks throw open their windows for the pollinators at roughly the same time that the Rock Rose blooms shutter their petals for their night-time rest.  Nice time-sharing for pollination, am I right?

Somehow, I managed  to NOT plant any of TexasDeb’s Four O’Clock gifts alongside the multitudes of Rock Rose plants in my gardens.  Despite that planting blunder, I’m still enjoying their fragrance and beauty. At night, 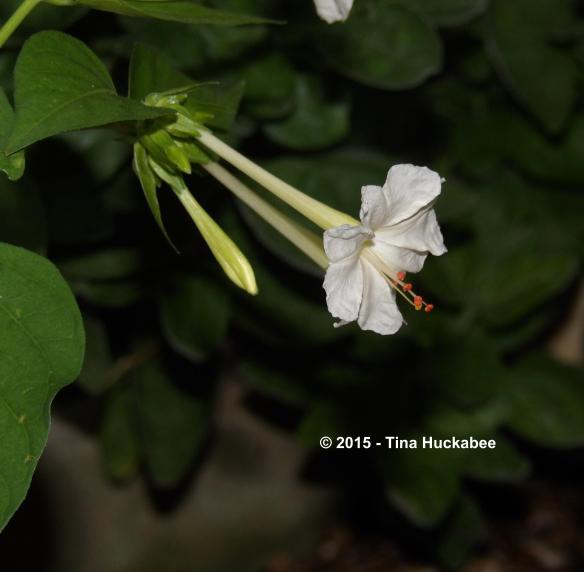 ….and at morning’s’ first light.

Late afternoons in spring, summer, and autumn, the tubular flowers are full-to-bursting, waiting for the sun to set so they can open for business, providing nectar and pollen for (primarily) moths.

Originally from the Peruvian Andes, the Four O’Clock plant is thought to have been transported back to Europe and cultivated there.  There are native forms of this genus in Central and North America, though it’s likely that most M. jalapa found in home gardens  are common, long-established cultivars.

They do seed out,

…and this spring, I’ve already plucked seedlings gifted by the mother plants.  I wish I had room for more of these lovelies.  Alas, my gardens are stuffed.

The tuberous roots may grow quite large, which is probably why Four O’Clocks are hardy, water-wise plants which snicker at our hot summers, blooming all the while. They die back with winter chill, to their bulbous roots, returning quickly with the warmer, longer days of spring.

Four O’Clocks are a mainstay of the traditional southern garden and going forward, mine as well.

18 thoughts on “A Little Night Blooming”