I think bees are the ‘bee’s knees’.

I love their work ethic.

I love what they do for plants.

And I love what they do for the world.

Last November, on a chilly, breezy Sunday afternoon, I attended a basic beekeeping class sponsored by Round Rock Honey.   In the class, there were about a ten other students, with varying interests in bees and the production of honey.

Here we are, in our very attractive bee suits.

I’m reasonably sure that I saw these suits in one of the shows from the original,  Star Trek series. 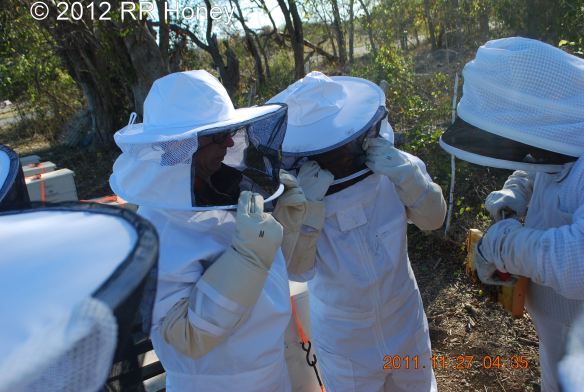 It’s fascinating to see the bees in their hive and the accompanying honey stores. 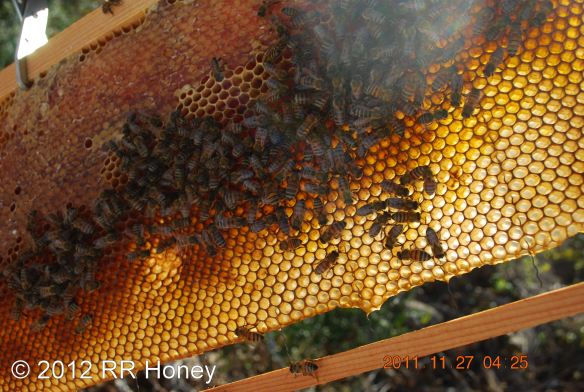 It was interesting to watch the bees actually calm down with the introduction of smoke–it really works!  (Though to be fair, it was very cold and windy that day, so that might have played a role in their lethargy of movement.) 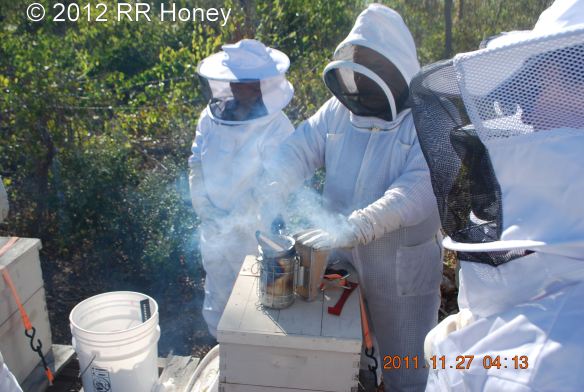 I’m now in the process of ordering bees (yes, you can do that!), to place in my new bee hives that my nice husband built for me.

My interest in beekeeping stems from the invasion of my Eastern Screech Owl house by a little swarm of honeybees last May.  The day after the two owlets left the house for good, I noticed  a few bees buzzing about the entrance hole.  Within two days, there was a bona fide swarm in the owl house.    I knew that I didn’t want the bees exterminated, so I Googled beekeepers in/near Austin and hired Brandon Fehrencamp of Eastside Honey Co. to safely remove the hive without killing the bees.  The bees were in the owl house for about three days and when Brandon opened the owl house, I was amazed to see how much honeycomb was built in that short period of time.  After he safely vacuumed the bees into another container to relocated them to new hives, I extracted about two tablespoons of honey which I shared with neighbors.

I decided that it would be interesting to someday build some hives (I’m allowed two in the city limits of Austin, with some restrictions) and tend bees. I figured beekeeping would be a good empty-nest project. But, for my birthday last fall, my husband built a set of hives for me.  (Most women get jewelry, flowers or an extravagant dinner at an elegant restaurant.  Me?  I get bee hives.)

I prefer the bee hives!

The hives are Warre type hives built from untreated cedar. 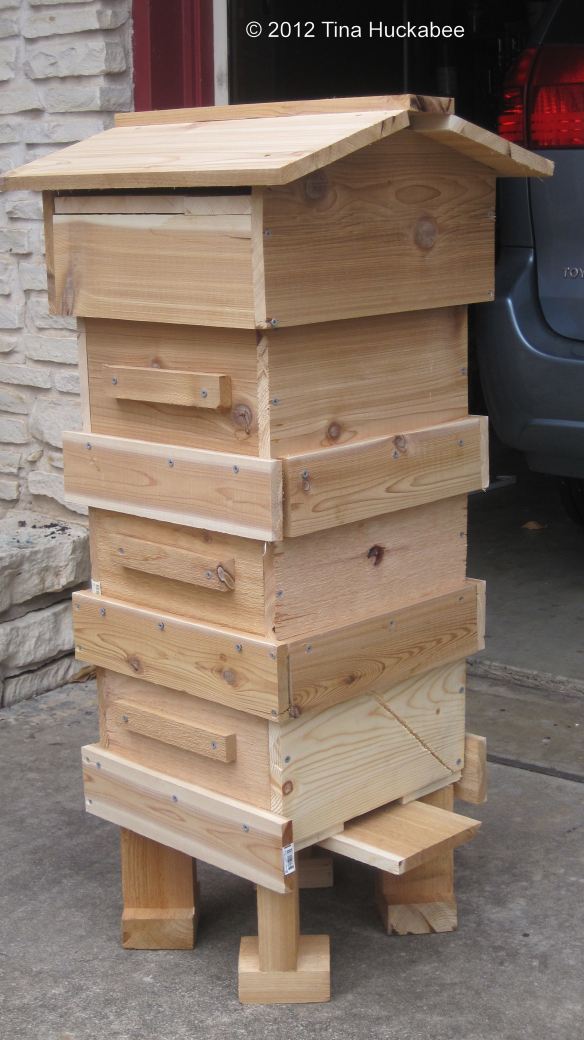 The bee houses were supposed to be a surprise, but I figured out what he was building, especially after he nearly cut his finger off and we had to spend a Sunday afternoon in a local ER.  Sigh.

The queen and her workers won’t arrive until April, so we’ll finish the work on the frames (where the honey is stored) and continue our study of home beekeeping.

If you’re interested in learning more about bees, check out BeeWeaver Apiaries and Urban Beekeeping in Austin, Texas.