Over the years, I’ve enjoyed observing many a Pipevine Swallowtail, Battus philenor, drifting through my garden, blue-tipped wings highlighted by the brilliant Texas sun. 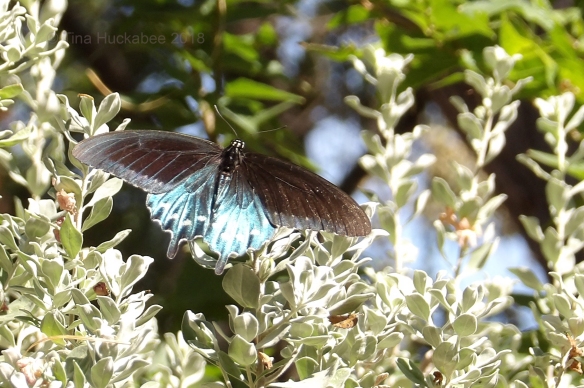 The winged wonders rest in trees and tall shrubs, basking in the sunshine; occasionally, one drifts to the garden, flitting through the plants with strong wing beats, adding its beauty to the local landscape.  The host plant for these gorgeous insects are pipevine plants, Aristolochia species; I’ve never grown any myself and I didn’t I know where pipevines resided that might be the nursery for the Pipevine Swallowtails visiting my garden.  But in the last couple of years, I noticed several White Veined Dutchman’s pipe, Aristolochia fimbriata  in a nearby neighbor’s garden and have assume that recent Pipevine Swallowtails wafting through my garden hail from her Dutchman’s Pipe. 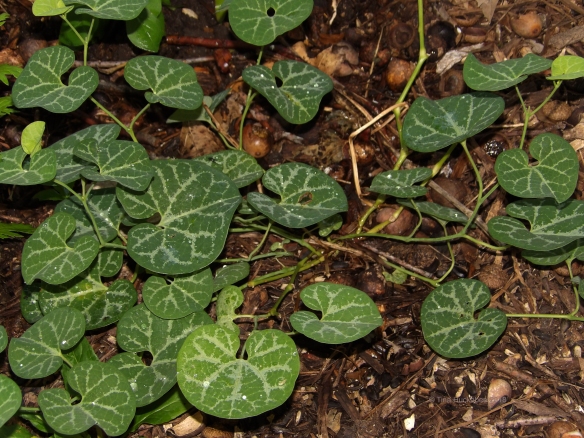 This is one of my new plants, but you can see why a gardener might want this plant in the garden

Aside from its obvious attractive qualities in the garden,  A. fimbriata also a fab host plant for both the Pipevine Swallowtail and another butterfly, the Polydamas Swalllowtail, Battus polydamas.

Last fall, dreaming of hosting my own crop of Pipevine Swallowtails, I planted three individual White-veined Dutchman’s pipe in a spot which has become increasingly shady.  I wanted something that would handle shade, be summer drought-hardy, and feed some sort of critter–or two.

I think I picked the right plants. 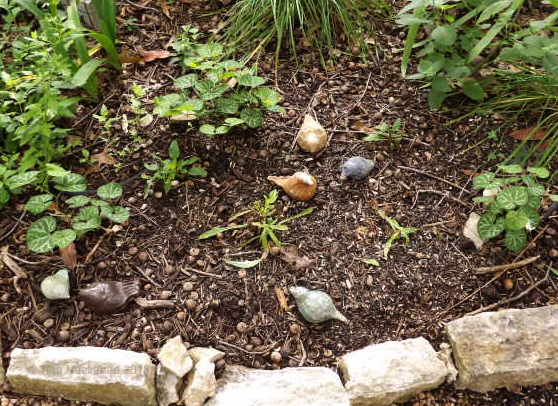 Cheery green foliage, with spidery markings, the leaves are elegant and eye-catching. 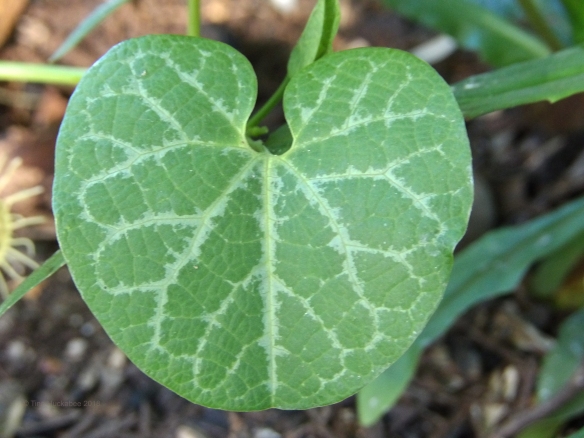 White Veined Dutchman’s Pipe is hardy in zones 7-11;  I garden in zone 8b.  After our hard freezes this past winter, the pipevines died to their roots, but popped back in spring, ready for a full growing season.

I traveled during the first half of May and when I returned, the caterpillars (none of which I saw prior to the trip) had laid waste to all three plants.  Nothing remained but slender limbs of green.

Yum, yum–Dutchman Pipes taste good to Pipevine Swallowtail larvae!  Within a few weeks and assisted by some lovely, welcomed rain in June, all three plants have emerged–lush-n-leafy–after providing meals for that first batch of caterpillars.

Dutchman’s Pipe bloom, too!   They’re odd little aliens which are a bit shy.  You’ll have to peek under leaves to see them.

Toward the end of the first round of larval lunching, there were still a couple of caterpillars, nibbling away.

There wasn’t much of the green stuff left for those last larvae and I don’t know if either ate enough to get to the morphing stage, but some time later, I found this chrysalis in a bucket on my back patio. 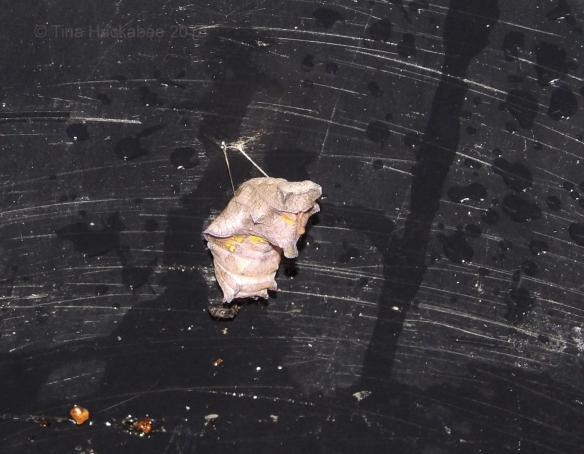 How do caterpillars decide where to place their chrysalises? I was about to fill the bucket with water when I saw the chrysalis. Yet another reminder that t’s always good to keep a sharp eye out for insects and the weird spots where they place their homes.

I kept watch for the adult’s emergence, but missed it.  However, the adult butterflies are back at it again;  the other day, I watched as a female oviposited the next generation.

There are several clusters of eggs on several slender branches. I imagine the larvae will eat most, if not all the leaves, so foliage will have to flush out again.

Despite the ravages that butterfly and moth larvae render leaves they feed upon, I’ve never lost a plant to caterpillar munching madness.  The various host plants that I grow always leaf out after a period of rest.

I prefer to use Texas natives when I’m able, but there is no commercially available native Texas Aristolochia. The next best thing is a non-native and A. fimbriata  fills this niche nicely.  It’s summer-tough, non-invasive, and pretty.  What more could you ask for?

One cautious note about pipevines: if you’re interested in attracting the stunning Pipevine Swallowtails,  you should avoid planting Giant pipevine, Aristolochia gigantea.  This tropical pipevine is too toxic for the Pipevine Swallowtails; the butterflies lay their eggs, the larvae hatch and eat, then die after the first instar.

So if you want this, 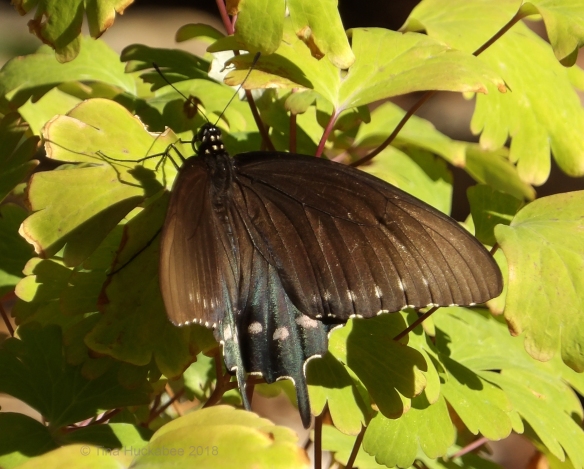 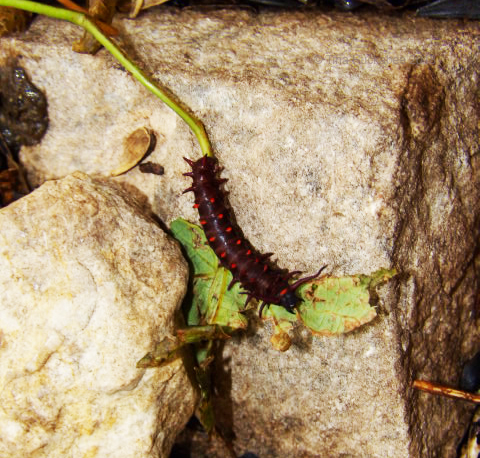 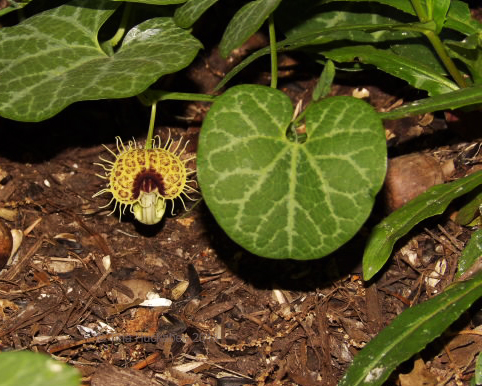