For my northern North American brethren and European gardening allies, prepare to snicker, guffaw, and roll your eyes as I gush about SNOW!!

Yes, we had snow last night–the first snowfall here in Austin in 13 years and just over an inch fell. 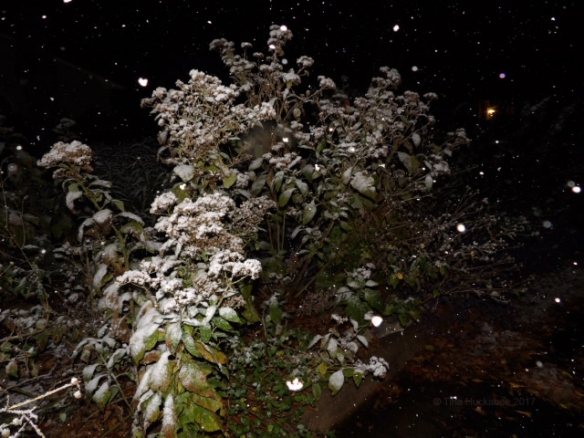 and a closer look.

I hadn’t  tuned to the weather and didn’t realize that the we may get a few snow flurries forecast was something to actually pay attention to–until those flurries started just after sundown. 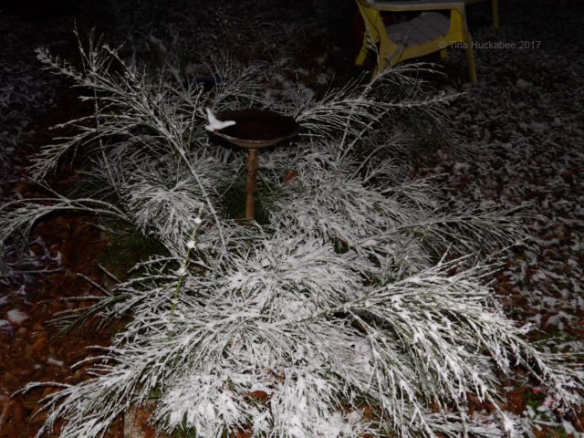 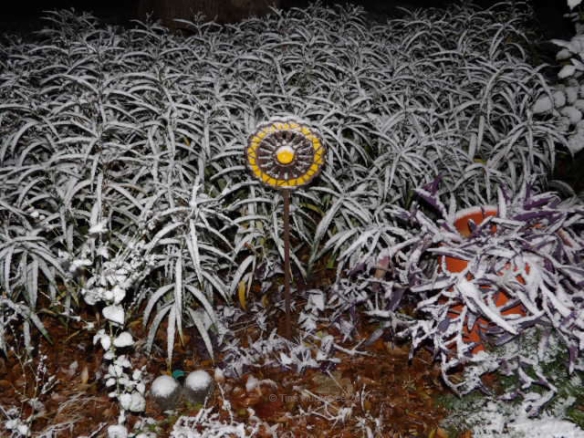 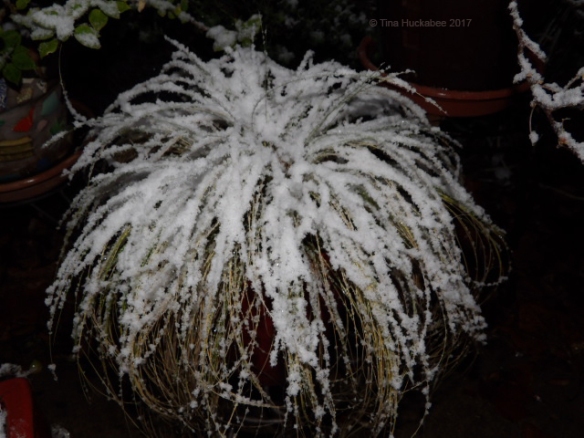 Looking like an icy Cousin It, is this Mexican feathergrass (Nassella tenuissima).

But here it is!

The back corner with plenty of snowy highlights.

We used to get snow, roughly every other year, but in recent decades, when winter precipitation occurs, it comes in the form of ice storms, which are no fun for anyone.

Chili pequin (Capsicum annuum)–fruits and all are covered. 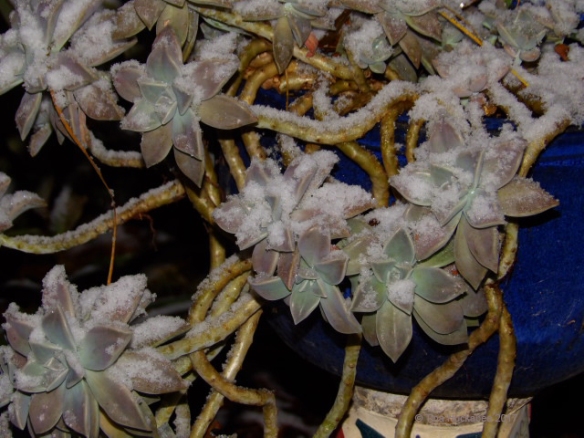 and a closer look.

It’ll be interesting to observe whether the bloomers still blooming will slough off this brush of snow and light freeze.

Forsythia sage (Salvia madrensis) is a Mexican mountain plant, but rarely sees snow.  It’ll return from its roots, but the blooms might be done for the year.

Our temperatures hovered at freezing, so this was not a hard freeze, but just enough to keep the snow for some morning photos.  The nighttime snow show was quite lovely, the morning snow a bit more lame.

Globe mallow (Sphaeralcea ambigua) will also be fine with the cold and often  flowers in winter.

Purple coneflower (Echinacea purpurea) with a dusting of the white stuff.  Some branches and blooms of Firecracker plant photobomb the Coneflowers.

The peppers of Chili pequin pop  from the snow and compete for this December beauty contest.

Purple heart (Setcreasea pallida) might be done for the year as it doesn’t care for cold. It will return in full force with warmer temperatures.

Still, the light blanket of snow is pretty.

Snow lingers, but the Texas sun will take care of that as the day moves forward.