Last year at about this time, I noticed some stunning metallic blue bees buzzing around my newly installed native bee houses. They worked quickly to fill some of the holes and bamboo pieces in the homes, then they disappeared from my sight and garden.  Many different native bee species–big, small, shiny, fuzzy–followed those early blue gals during the growing season.  But that startling blue pollinator was a nice introduction to a long period of native bee activity. 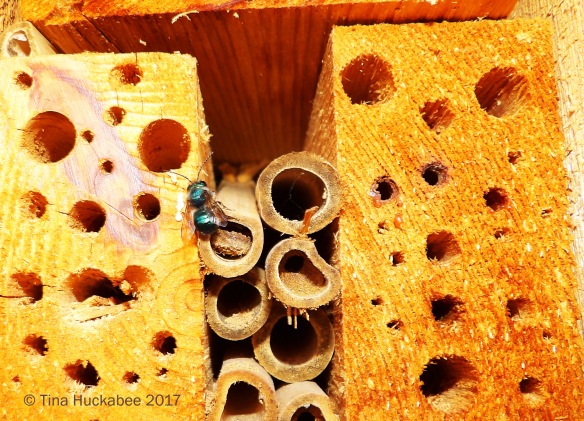 Earlier this week,  I spotted one working at a small cluster of a salmon colored Autumn sage, Salvia greggii and thought that perhaps I should  pay closer attention to what’s going on with the native bee houses as spring is in its infancy.  Sure enough, some of the mud nests have been breached and there they are: blue bee adults emerged, mating, (I assume. I don’t watch.) and are in the process of busily preparing for the next generation of Blue Orchard bees. 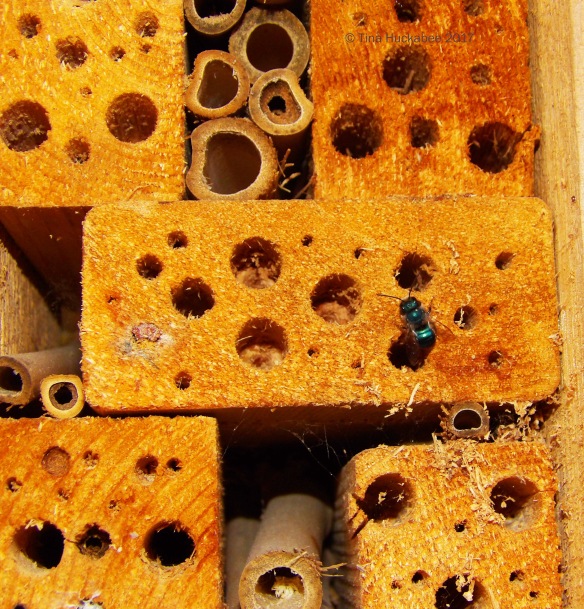 You can clearly see holes that have been opened in the packed mud and that’s where the adults emerged from.

Interestingly, according the the information from the US Department of Agriculture that I linked to above, the eggs or “brood cells” that are laid first are female and placed at the back of the nesting hole and the last eggs laid at the front of each hole, are male.  The female bee packs the hole with pollen and mud for security, tucking in the brood safely for the year.  In case of predation, the male brood are the first in line to get eaten, thus assuring more protection for the females.  Poor guys, but the females are more important in survival of the species.

I observed two adults flying around the bee house, entering various holes and most likely laying eggs There are more than two holes opened in the packed mud nests, indicating that more than just these two adults have emerged. 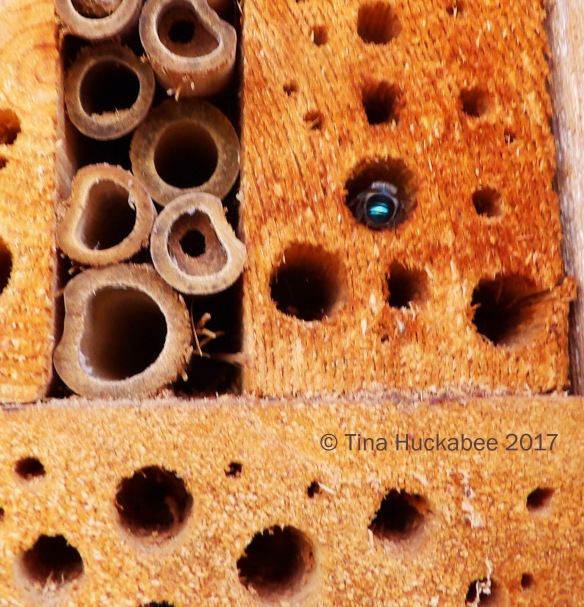 Blue Orchard bees have a short life, but are vital for pollinating the early spring blooms, including those of fruit trees.

Not only did the Blue Orchard bees find a nice nursery and baby-bee day care in the bee houses, but other bee species laid eggs in neighboring holes last year.  Those will emerge in their due time–whenever that is.

I know that a different species of carpenter bee, a Horsefly-like Carpenter bee, Xylocopa tabaniformis. drilled and packed nests in a few spots of the mortar between limestone rock of my home to protect their progeny.   It looks like an adult has emerged, 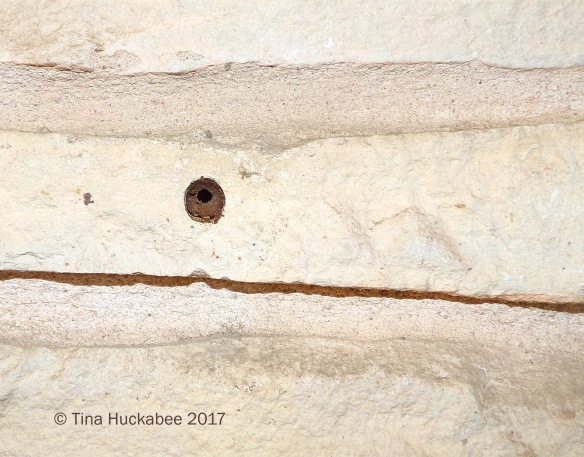 …though I haven’t seen one yet.   I look forward to watching these charming, blue-eyed carpenter bees sporting their cool racing stripes as they zing from flower to flower.  This species is active for most of the year. 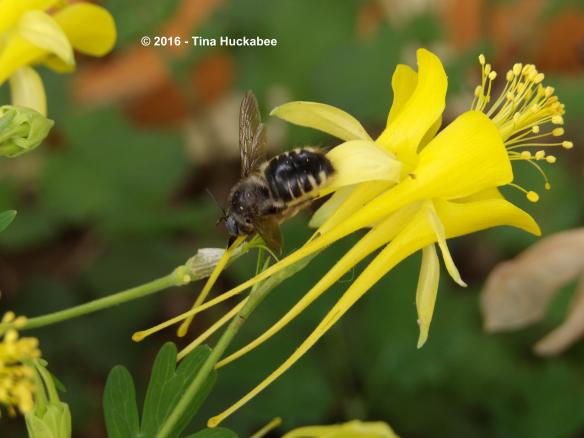 Isn’t she a cutey?