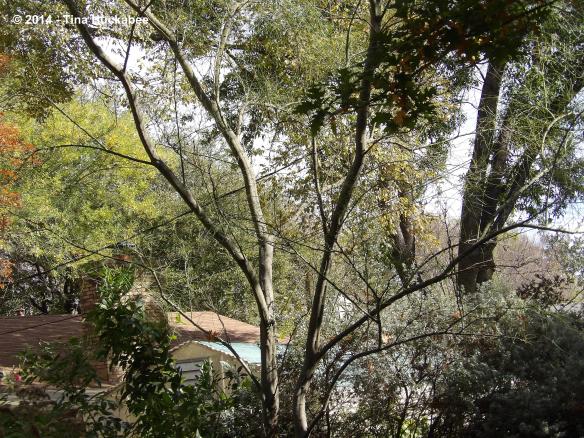 I’m new to the Tree Following meme, having joined last month, but my tree is native to Texas (where I’m also a native), as well as other areas of the southwest United States, Mexico, and parts of Central and South America.  Last month, I profiled this lovely, small tree in a general way and this month? Let’s see what’s happening, shall we? 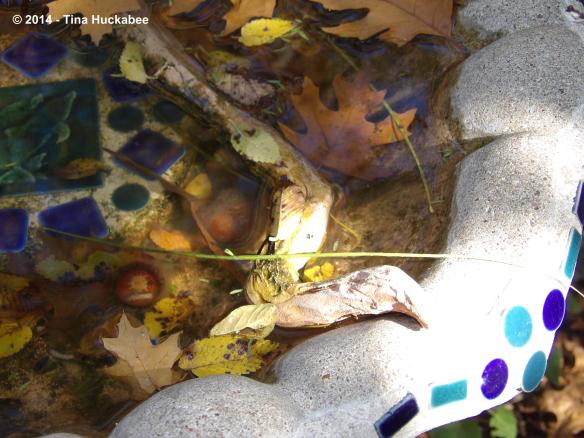 …all around its immediate vicinity.  But then again, so are other trees.  Here lie the slender stalks that are the leaves of Retama. 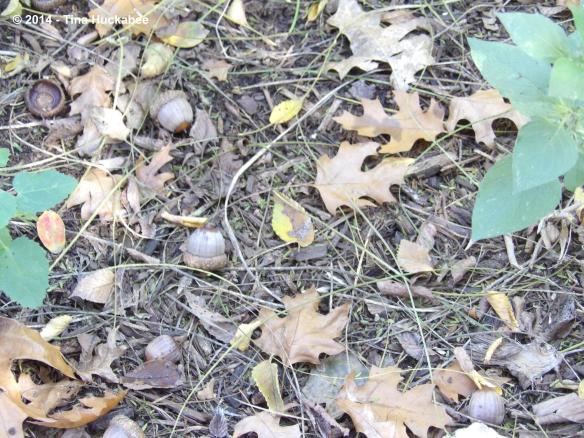 Co-mingling on the ground along with the turned and fallen brown leaves of a nearby Red Oak tree, this interesting foliage resembles little sticks. 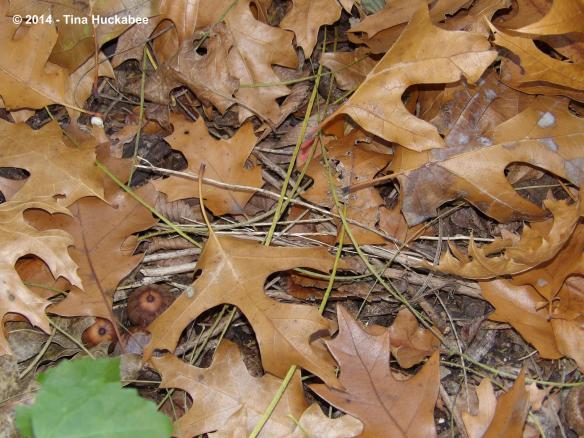 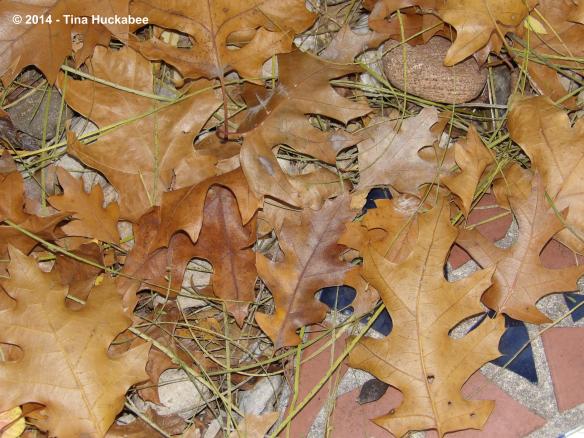 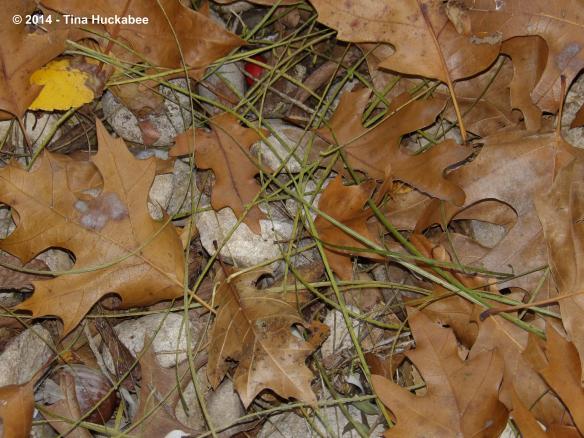 Not sticks though, these are leaves, commonly referred to as “stalks.” The leaf structure of the Retama is unusual–a botanist would describe it as bipinnately compound; there are two stalks from an axis and each stalk has series of tiny leaflets arranged on either side of the stalks.  Most of the stalks and leaflets from my tree have dropped, but you can see remaining ones in silhouette against the sky. 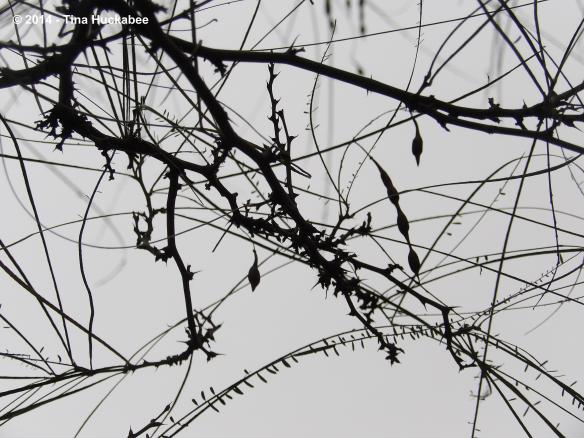 As days shorten and cooler temperatures reign, the remaining stalks and leaflets will exit from the tree. Retama is dormant in winter, though during a prolonged drought, the same defoliation process occurs and the trunk and stems carry on the photosynthesis function of the foliage.

The Retama is a valuable medicinal plant.  In Brazil, where it’s also  a native, parts of this tree have been used as a traditional remedy for hyperglycemia. In 2011 an article was published about the antidiabetic properties of Retama in Evidence-Based Complementary and Alternative Medicine journal.  Using “aerial” parts of the Retama (parts that are above ground), these researchers dried and combined a powered form of the plant parts in a suspension which was administered to rats (yeah, sorry about that…).    Simplified, the results indicated a decrease in both blood and urine glucose in the rats, without accompanying toxicity or negative side-effects related to the use of this plant during treatment.  Diabetic rats showed improvement in kidney, adipose tissue, and skeletal muscle tissue when ingesting the Retama suspension just before a sugar load.

The researchers concluded that the use of P. aculeata, (what I like to call Retama) is an appropriate treatment either alone or in conjunction with other medications for the treatment of diabetes mellitus.

Interestingly, the article indicated that the area where the Retama, P. aculeata, grows in Brazil is a “semi-arid” region–much like that part of the United States where Retama is native–for example, here in Texas.

I planted my Retama because it’s pretty.

I planted Retama because it’s a hardy, drought tolerant native Texas tree.  I also planted it because the bees and the birds like it.  I’m fascinated though, that this lovely tree helps people in a far away place and that they’ve known its value (for more than its good looks) for a long time.

This coming year, we’ll be learning lots of interesting facts about this extraordinary little tree.

Thanks to Lucy for hosting Tree Following–please pop over to Loose and Leafy and check out trees being followed by garden and tree enthusiasts from all over the world.