Today I join Gail at clay and limestone with heat loving wildflowers for August. No longer cool nor even somewhat pleasant, we’re crawling down the hard stretch of summer here in Austin, Texas. But the light is different and once in a great while, I feel a slight change to the breeze. When there is a breeze.  I say that every year, to anyone who will listen: Sometime in August there is a change–the air is different, the breeze is different! Usually those I’m in conversation with roll their eyes and smirk.

I get lots of smirks.

There’s no smirking though when viewing  this hot, summer/fall blooming Goldeneye, Viguiera dentata.

A few of these flowers open throughout the summer months, but in October? Watch out! There will be an explosion of yellow.

look almost too pink.  They open in the wee hours before dawn and close in the afternoon heat.  This group is tired of the heat and are closing up shop for the day, 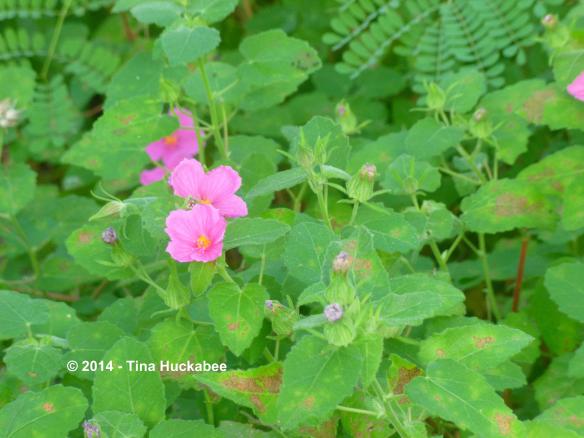 …while this group contends with both heat and sun. 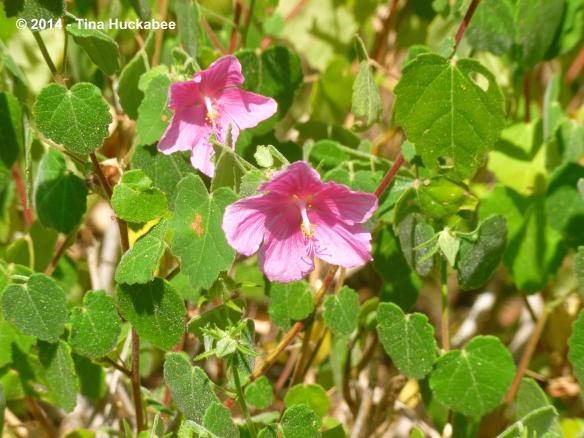 By 4pm in hot August, Rock Rose blooms are done for the day. Fresh, perky blossoms will open for business early the next morning.

is over for the year.   I leave the gone-to-seed flower heads as long as possible for finch nibbling, but the blooms are crispy now and I’ve pruned most back to their rosettes. After the spring/summer blooms are done and pruned, there’s usually a second flowering that is shorter in stature, but very welcomed, 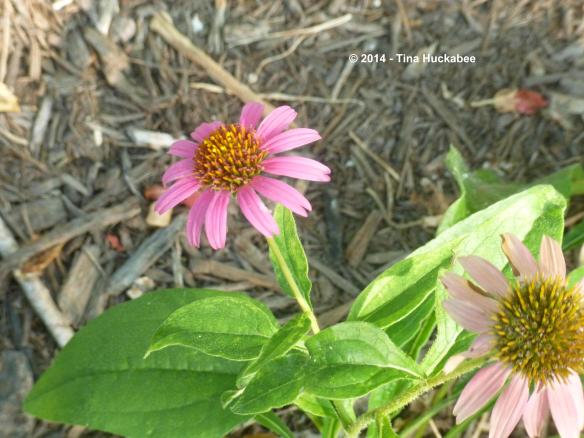 …by pollinators and people.  Later in fall, Purple Coneflower will segue again into seed production for winter finch food.

Yarrow, Achillea millefolium, is taking a bow for its long bloom season as well.  All of mine, save this patch,

are pruned to their ground foliage for the year.  I’ve always found the ecru disks of spent blooms as attractive as the snowy white of the peak of Yarrow season, so I keep them through the long summer months.

The finches appreciate the seeds, too. 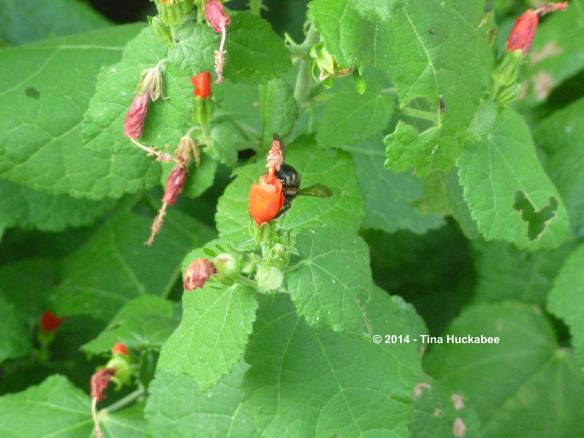 Turk’s Cap produce scads of swirled lovelies with pollen and nectar galore and will do so for another month or two.

Frost.  That’s hard to imagine right now. Frostweed’s snowy blooms evoke a coolness we can only dream about with our daily 100 degree-plus temperatures and the death rays of the August sun. 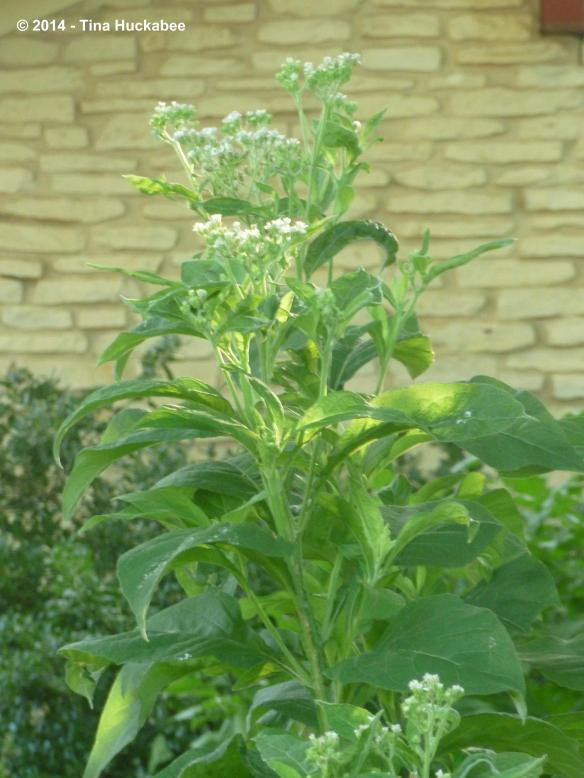 Flowering will continue into September, giving way to seed production in the fall.

Slather on the sunscreen, drink plenty of fluids and traipse over to clay and limestone to see other hot August wildflowers.