We appear done with our chilly winter winds here in Austin, Texas.  While our winter wasn’t the coldest, it was certainly one of the colder of the past 20 years.  All that’s blooming in my gardens are the earliest of the spring perennials.  The native Yellow Columbine ( Aquilegia chrysantha var. hinckleyana),  are beginning to open, though this one is probably a hybrid between my Yellow Columbine and my Red Columbine (Aquilegia canadensis)–there is a blush of pink that a Yellow Columbine wouldn’t have. 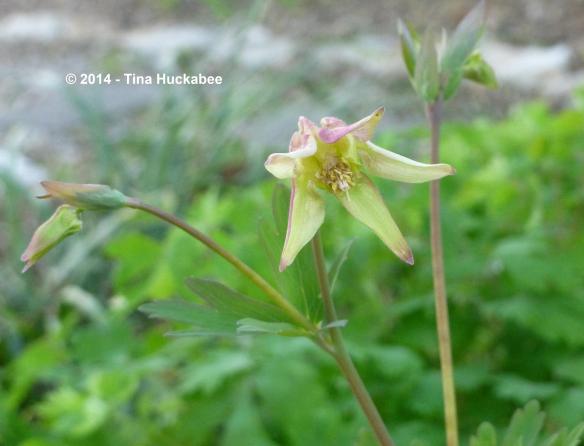 The native Coral Honeysuckle (Lonicera sempervirens) is full to bursting with blooms. 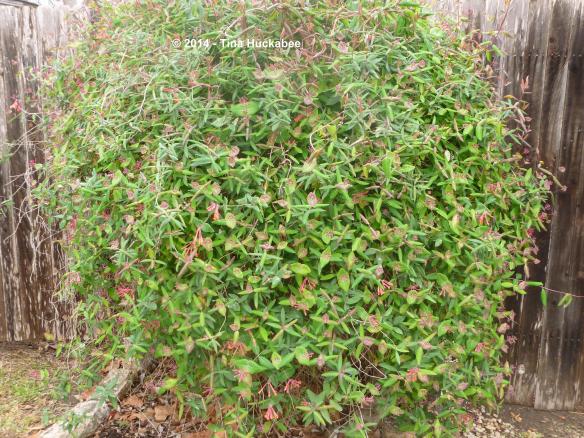 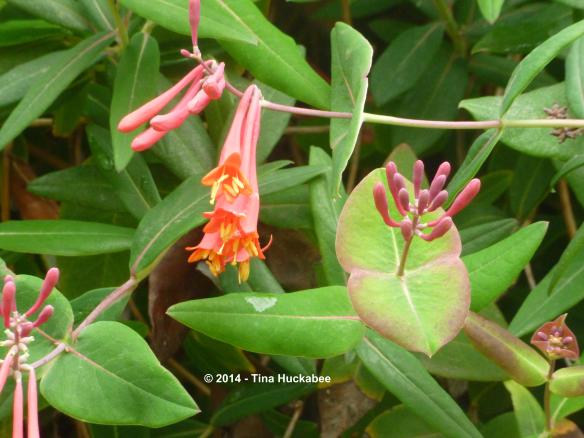 Starting its seasonal flush, these buds will open over the next 3-10 weeks and throughout the year.

Another vine, native Dewberry (Rubus trivialis? Not sure as it’s a pass-along plant), is blooming.  No doubt, the birds are anxiously awaiting the berries that follow. 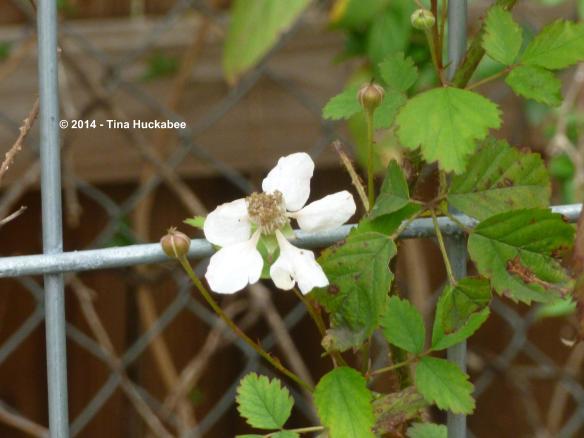 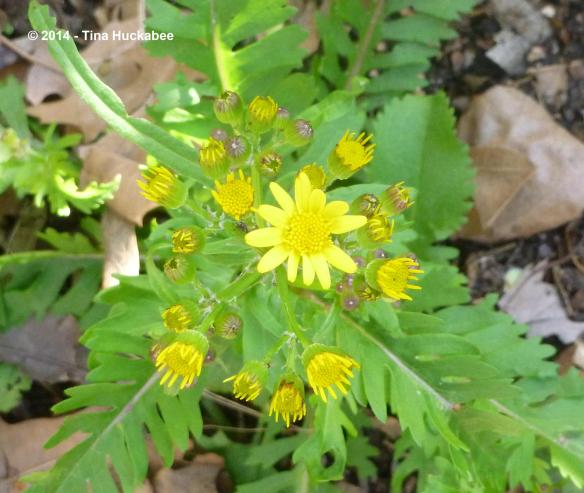 The shock of yellow punctuating a still muted landscape.

And I must post a photo of the first Iris to flower in my garden this year. 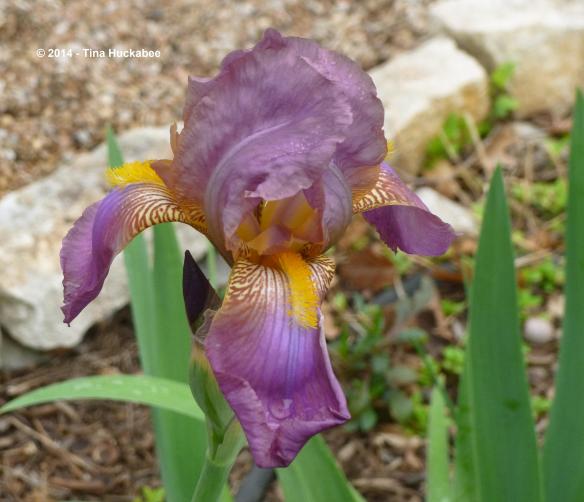 This Iris is a common, tough bulb with a beautiful flower (maybe Iris altobarbata?).    It opened two weeks ago, days before our last and coldest freeze.  Nine bloom stalks appeared during a bout of warm weather and when the front hit, three flowers were blooming and all the stalks had developing buds.There was nothing I could do to prevent damage. 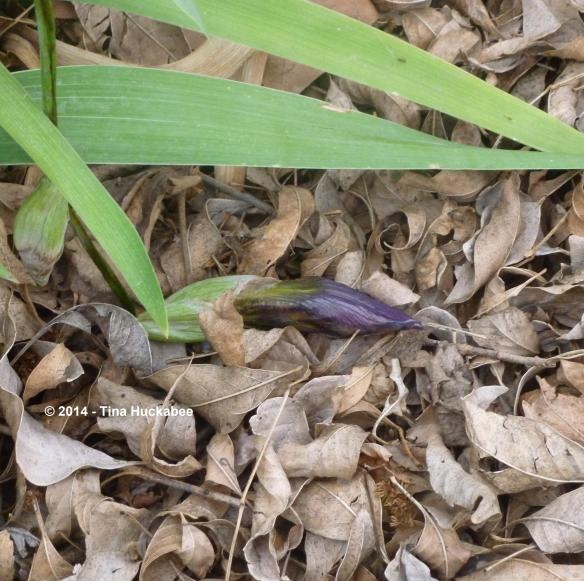 Mush. They all became mush. I counted 30-plus buds that will never flower.  Sniff.  All I can hope is that my other Iris will bloom as we move through our spring growing season.

Thanks to Carol at May Dreams Gardens for hosting Bloom Day.