As February races toward its conclusion, this Austin garden is ready for spring.  I started pruning in late December, after the first of the freezes lay waste to the herbaceous  perennials in my gardens.  I’ve been pruning since.  Seven garbage cans full of garden detritus every week, for almost two months.

The luscious, sunny-blooming Goldeneye (Viguiera dentata)? Nary but sticks protruding from the ground.

The Martha Gonzales Roses are reduced to a fifth of their full size.

fared better than others in my gardens. 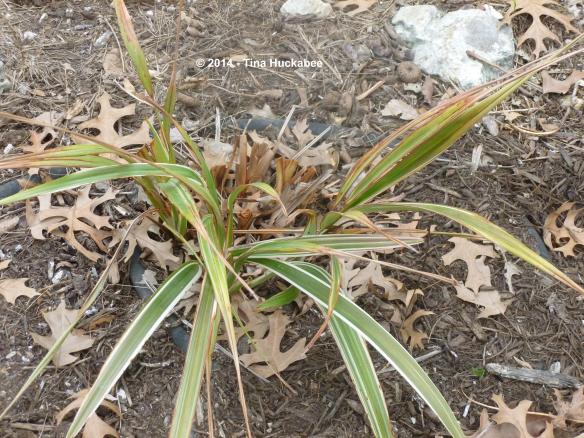 All I pruned from the Flax Lily were the freeze damaged straps.  It’s the one plant (I have four groups of them) that I dutifully covered with each freeze forecast into the 20s.

And the  Autumn Sage (Salvia greggii) and other evergreen native shrubby plants are pruned into tidy balls,

or spindly bits of green perched on woody stems, waiting for the just right  light and breath of warm spring air to burst into new growth.

I still have more to prune, but I’m almost finished for the year.

I didn’t lose any established plants this winter and that gratifies me and validates my garden choices.  I choose natives or hardy non-natives, with the occasional splurge for the newest, cheap thrill plant that everyone (okay, just gardeners) is talking about.

I always think of the winter landscape as barren, but it isn’t, even in this winter which was colder than any of the past 19 years.   With most of the flowering perennials in my front garden temporarily gone, I’m reminded how nice my ignored-most-of-the-year evergreens are during their winter concert on this sunny February day.

And in my back garden, I like the clearly defined garden and pathways.  The iris and yucca straps dominate, 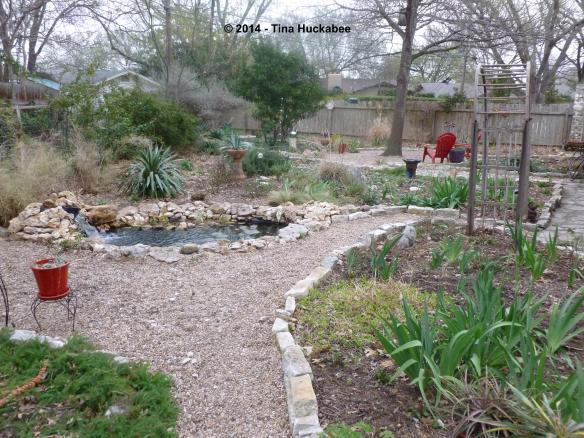 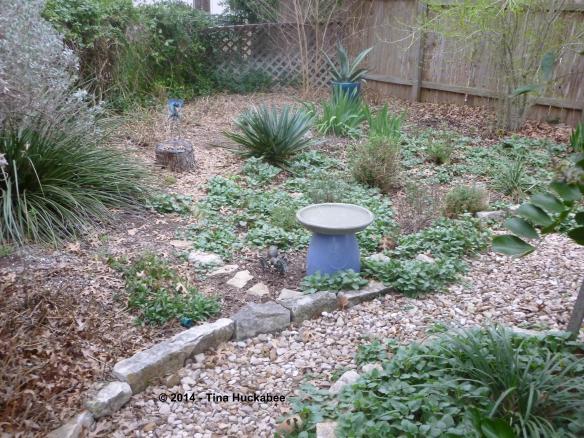 I have a clean pond, which will make pond maintenance easier for the rest of the year and appeals to my aesthetic sense.  I don’t think the fish care whether I clean the pond or not. 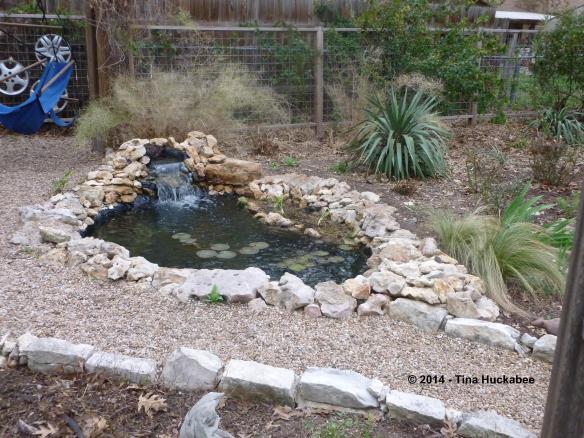 Spring is almost here.  The Mexican Honeysuckle (Justicia spicigera) is pruned to the ground

Bring it on, Spring.