Austin in August is not cool. Austin itself is cool (as we’re constantly reminded), but it is toasty here during our summer months and August is the sweaty king of this heat-challenged time of the year.  I think (hope!!) that the peak of the hot Austin summer has passed and we gardeners can look forward to the  “second spring” flush of blooms which grace our gardens in September, October and November. Until those glorious fall months, there is some cool in my garden in the form of the night-blooming Datura, Datura wrightii. 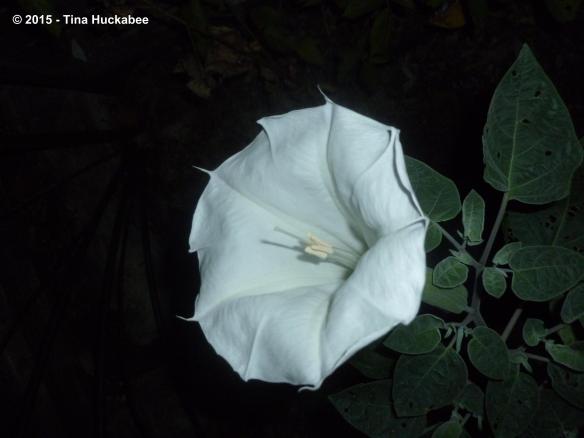 Also known by a variety of poetic names like Sacred Thorn-apple, Jimsonweed, and Angel Trumpet, this dramatically blooming perennial shrub is a widespread North American native.  The stunning flowers open at sundown, 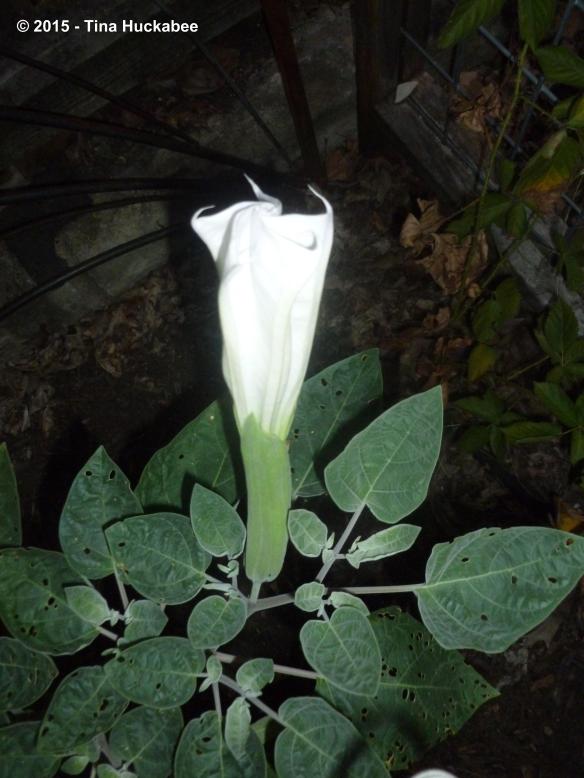 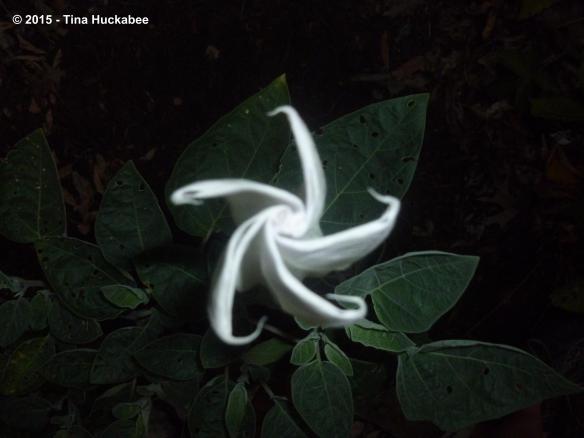 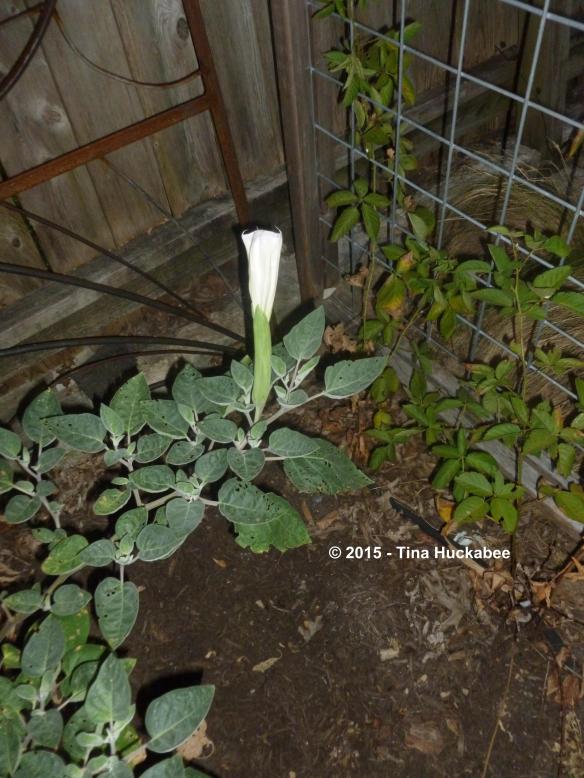 …and are available for viewing by gardeners and nectaring by moths throughout the night, 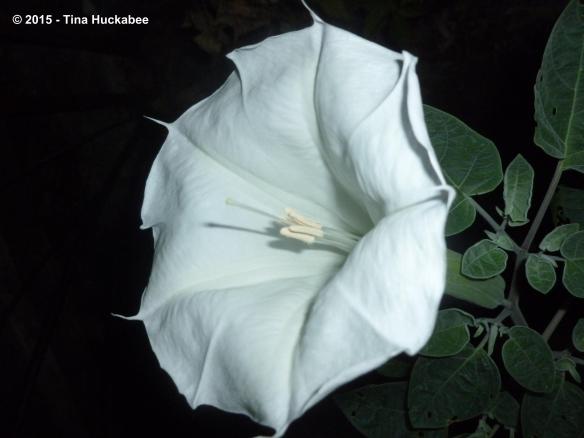 ….into the early morning hours. 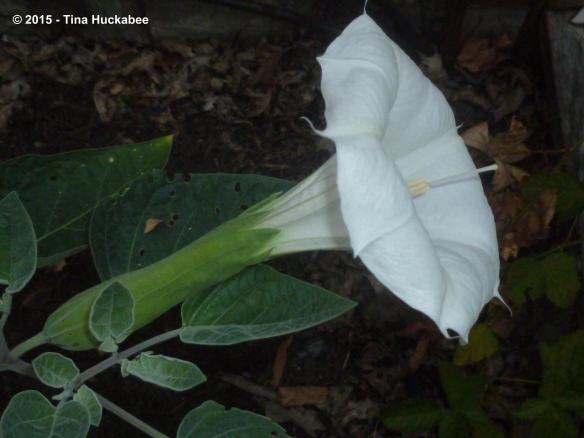 I wasn’t quick enough document with the camera, but two small native bees busily worked in the center as the flower was closing early morning.  Wild bee breakfast!

The foliage is described as “coarse”, but I’ve always liked the muted grey-green color and the open form of this shrub. 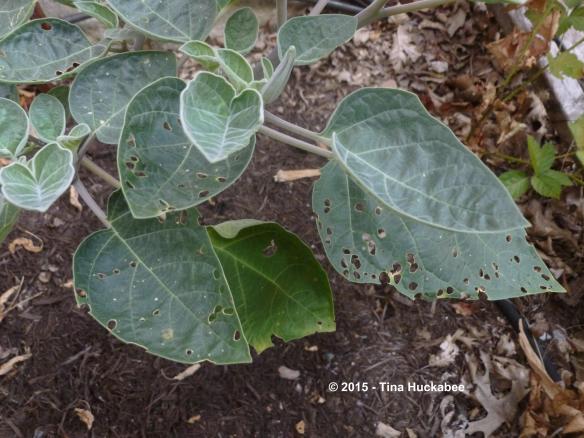 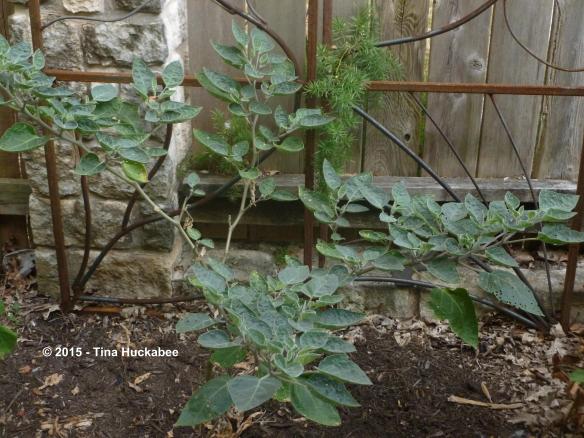 The foliage on my Datura has been a food source for something this summer and I’m guessing that the larvae of some variety of Sphinx Moth  have enjoyed the greenery.  I haven’t seen any caterpillars, only the many holes they’ve decorated the Datura leaves with. 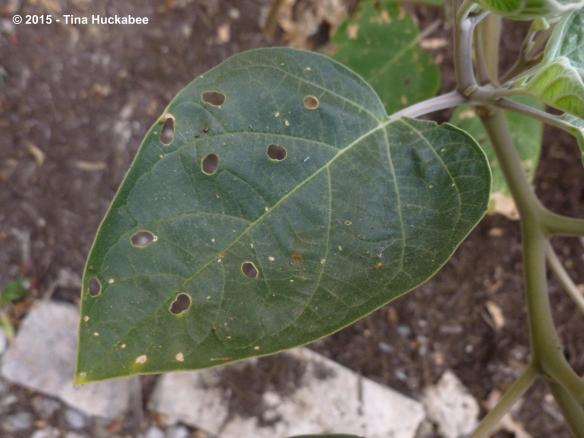 I have seen Sphinx Moths in the garden this summer.

All parts of this plant are toxic and  it’s well-known for its narcotic qualities; Datura was used in religious ceremonies of some Native Americans.

Viewing these blooms is a sublime experience for me. 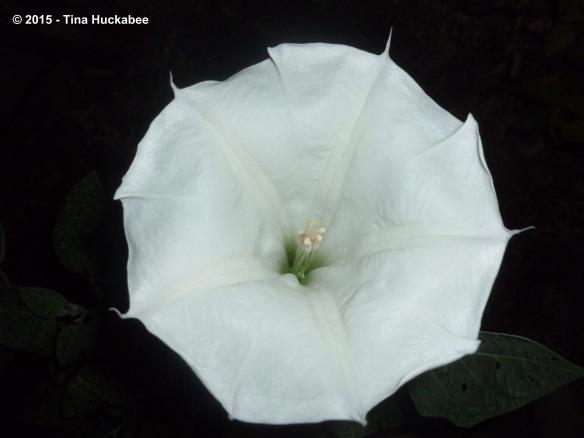 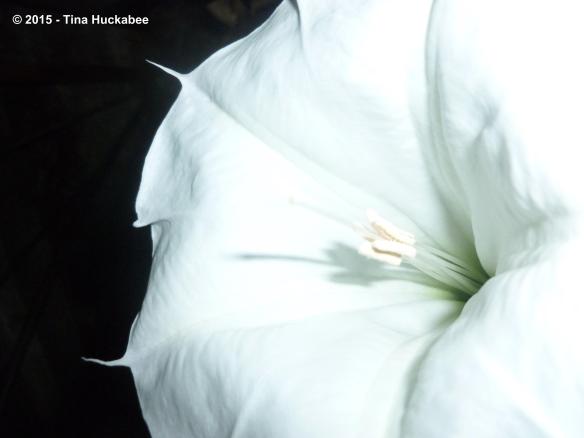